- April 30, 2018
by  Anoushrayan Enjoy our other Blogs -  MoAnRa Travels  |  MoAnRa Speaks ...Continued after Part 1 5.The Journey – to Outer Space!   Derean followed him into the ship. Inside, there were four seats divided in two rows and a large, complicated control panel. The professor sat down in the left-hand side seat of the first row. He told Derean to sit beside him. Derean was supposed to control the coordinate, take-off and landing systems. Professor Gregory closed the door with a button. He then pressed another button. Instantly, seat belts strapped them to their seats. Professor Gregory told Derean , “In five seconds, the thrusters will activate. When I shout ‘Now!’ you must press the yellow button. 5, 4, 3, 2, 1... Now!” Derean pressed the yellow button. The metal straps holding the plane to the ground let go. The thrusters had activated, so the ship instantly shot forward. In a minute, they were speeding forward at 50,000 km/h (0.005 % the speed of light). A minute l
Post a Comment
Read more 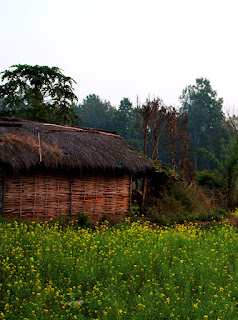 Enjoy our other Blogs -  MoAnRa Travels  |  MoAnRa Speaks by Cuni Popi He just loved the little hamlet along the stream which came trickling down the hills that lined the skies. With little savings, Sharan had set out to find a place where he could spend some quality time. Peace he sought, and that is what he got, in this lonesome quite corner of the earth. Walking around the little village he found a hut in a patch of land where the wind was caressing the plants. It was love at first sight. The hut was a little distance away from the hutment that seemed to house the dwellers of the beautiful place. After some searching around Sharan met the owner of the hut he had chosen for himself and took it on rent for a month, with an assurance, that he would stay on if it suits his fancy. Sharan had never felt better, every day seemed like a dream, with only a little angst, that he was not able to get a domestic help of his choice. Many came from far and near villages but
Post a Comment
Read more 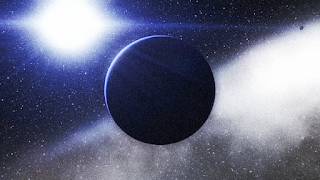 by  Anoushrayan Enjoy our other Blogs -  MoAnRa Travels  |  MoAnRa Speaks Read Part 2 here... 1. Prologue 10 billion years ago, in the galaxy ZMY3, a nebula condensed into a star. The rest of the dust and gases formed planets, and one of them was Fraglior. Like all other planets, it was very hot at first, but then, after a few billion years, it cooled down. It was one of the few planets in the universe that had water. An alien civilization, the Manergitea, noticed this and sent out a ship carrying the basic seeds of life, along with all other components required for life. The ship was unmanned and dived right into one of the oceans on the planet and blew itself up. The contents of the ship were protected in strong, airtight, blast proof containers. The containers carrying life opened in the ocean, but the others opened in the air, or what was present like it at that time. The blast was necessary because it sent a shock wave which would eventually help in forming
Post a Comment
Read more

Adventures of the D'landers - A prelude

- February 07, 2018
Enjoy our other Blogs -  MoAnRa Travels  |  MoAnRa Speaks by Cuni Popi Lost Diti Dita and Dito had come to that part of the jungle where they were not supposed to. Not because they were naughty, they were lost. The only relief was that there was light. Ample light, to find our way back home , thought Diti, the eldest of them. They were not siblings but in their village D’land, everybody’s name started with D. Diti was 10 yrs old and was a smart chap. It so happened that after school, Dita (8) and Dito (7), who lived in the same housing complex as that of Diti requested him to take them home by a detour he had quite often spoken off. The detour was a small one, hardly a couple of fathoms more than the usual way home. It was bordered by a line of very tall trees and thick bushes and no one knew what lay beyond. At least the children of Diti’s age didn’t. He never asked his parents as he knew the answer he would get, “There is a time for everything”. So it was firs
Post a Comment
Read more

- December 07, 2017
Enjoy our other Blogs -  MoAnRa Travels  |  MoAnRa Speaks by Cuni Popi Chandri was contemplating murder. Killing comes naturally to some but for the majority of the human species its either very strenuous or a sin. Chandri was born after a visit to the slice of paradise called Kashmir, so her parents chose a kashmiri name for her which means moonshine. It was around 1:30 at night when a faint but consistent scratching like sound woke Chandri up. She sat up looked around and after a visit to the washroom returned to bed having found none to associate the sound with. The scenario repeated itself at 3.30am and around 5 too. Chandri is not a light sleeper but off late her sleep tends to get disturbed often with trivial sounds. The phenomena had started after her baby boy was born almost 11 yrs back. The boy has still remained a baby when it comes to sleeping and Chandri has ever since been jumpy and prone to check her baby every now and then for misplaced blankets or mosqu
9 comments
Read more

The Ghost of Neil Damiens

- October 28, 2017
Enjoy our other Blogs -  MoAnRa Travels  |  MoAnRa Speaks by Anoushrayan Many years ago, there lived a man called Neil Damiens. He was a rich man, and he lived in the Damiens’ bungalow on Heather street. He lived with his wife and two children. He was the owner of a sugarcane plantation. One day, while he was working in the plantation, a fire broke out and many people died. Neil was one of them. The plantation was shut down. Thankfully, Neil had made his will already. Half his money went to his family and half to his sister. This was in the year 175 1. Many years later, in the year 195 1, one of his descendants, Jacob Damiens found Neil’s diary. He read a few pages and finding it interesting, decided to read a page of it every day before going to bed. He read it till the end. Interestingly, it was on the same day he finished reading the diary –  17th of April, that Neil had died 200 years ago. On the stroke of midnight, Jacob was woken up by a strange sound, like the w
2 comments
Read more
More posts